Today’s Prompt: Write a post based on the contrast between two things — whether people, objects, emotions, places, or something else.

Today’s twist: write your post in the form of a dialogue. You can create a strong opposition between the two speakers — a lovers’ quarrel or a fierce political debate, for example. Or you could aim to highlight the difference in tone and style between the two different speakers — your call! — Michelle Weber/WordPress University

My grandmothers were both wonderful women yet they were almost as different as night and day. Because of this, I am using them as a comparison and contrast in a discussion.

“Well, you don’t have much culture about you,” Grandmother H. chimed, “Your just an old farm woman and uneducated on top of that.” She was proud of the fact that she managed to get her teaching degree while she had 4 young children.

“Yes, that’s right. I am an old farm woman because I was raised on a farm and I’m proud of that,” Grandmother G responded, “but I don’t know what you mean I don’t have culture. I have culture.” She added. She wasn’t a woman to apologize for being a country woman. She was comfortable in her own skin, and that’s what mattered.

“The only culture you have is the culture you get from milk after milking cows,” Grandmother H argued. “Culture is something you get from being educated and learning about the arts, such as oil painting, playing music, going to plays.” My Grandmother H reveled in the fact that she was an artist as well as a teacher and a world traveler. She had a little more pride than necessary.

“You smoke and you drink alcohol and no respectful woman would do either of those vices,” huffed Grandmother H. Grandmother H was a little “prudish” and judgmental regarding smoking and drinking and felt it was beneath her to do such a thing.

“Yes I do. I smoke cigarettes but I don’t inhale them (the truth) and every once in a while I enjoy a cold beer.” Grandmother G said in defense to Grandmother H’s accusations. Then she added, “I may not go to plays but I go fishing, and I get all the education I need while I’m fishing.” Grandmother G. was an avid fisherman. She loved to fish. Every summer she would have a huge fish fry and all of her family and friends were invited and asked to bring a potluck dish. It was always a huge summer celebration.

“Oh phooey. That’s hogwash.” Grandmother H hissed, then added, “My grandchildren want to spend most of the time with you and that’s just not right.” This is true. Even though I loved my Grandmother H, I did prefer to stay with my Grandmother G. She was my rock and loved me unconditionally. She was a simple, good hearted country woman.

“The reason they want to stay with me is because I don’t have a fancy house that they have to be careful not to break anything.” Then she tenderly added, “And, because you teach school all week and I’m just an old woman homemaker, so of course they will see me more because you work.” This just stands to reason.

“Yes, I do. And I’m proud of it too. And I travel during the summer months because there is so much of the world I want to see.” Grandmother H admitted. Every summer Grandmother H would go on trips and 90% of the time she would take my sister with her because she didn’t want to take just me or both of us at the same time.

“PJ says when she goes to your house you make her sit down and write because you don’t want her getting into anything.” replied Grandmother G. “What does that tell a child about your relationship with her?” This is true. The few times that my Grandmother H had me stay with her I felt as though she put me in the corner with a piece of paper and pencil, told me to write, and then she would go and do her own thing.

“Well, that’s because I don’t like keeping PJ as much as I do her sister. PJ gets into things.”

“You never cook a meal for them,” Grandmother G purred, “And there is love in making a meal.” My Grandmother H. hated cooking. I only remember having one meal in her home and it wasn’t that good.

“That’s because I don’t like to cook and I don’t cook for myself either.” Grandmother H grumbled.

Grandmother G looked lovingly at Grandmother H, filled her coffee cup with fresh coffee and reasoned, “If you want to get love out of something you’ve got to put love in.”

Grandmother H was at a loss for words and quietly drank her coffee.

I would love to read your thoughts... Cancel reply 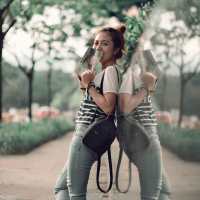 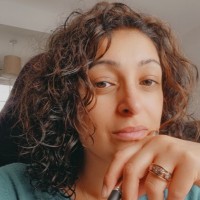